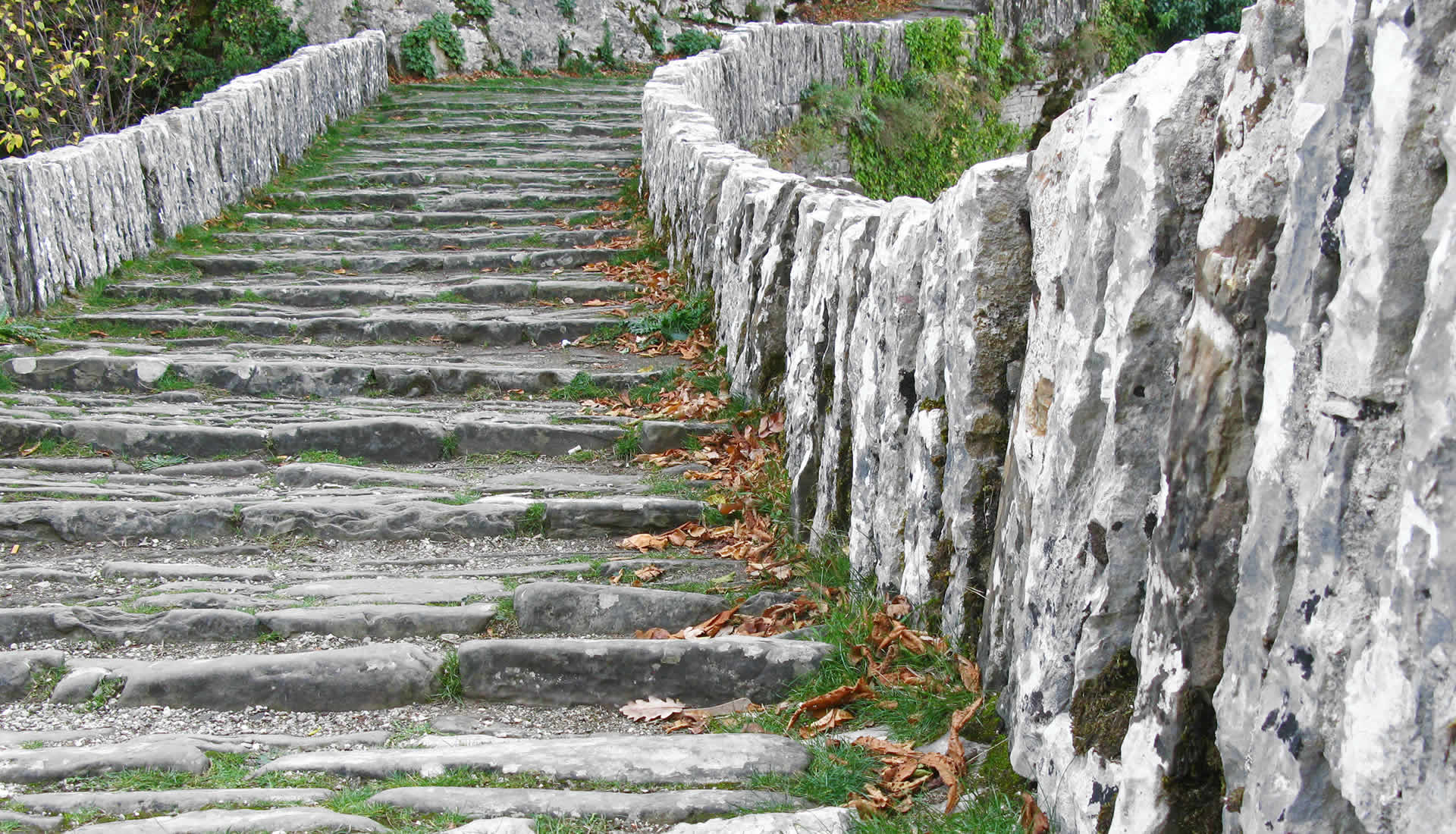 The villages are built around a central square, also called mesohori (center of the village), with a large church, a plane tree and a public fountain. Paved alleys and paths interconnect the rest of the village. Each sub-neighborhood has a smaller church

Most of the churches in Zagori date back to the 17th-18th century onwards, though some older foundations still survive. In most villages the central church consists of a large basilica, built of stone with a wooden roof, covered with slates. They are mainly decorated by Epirote hagiographers, according to the Byzantine tradition. Entrance to the church is usually protected by a peristyle gallery. The bell tower is usually at quite a distance from the church.

Typical churches and monasteries in Zagori:

Agia Evangelistrias Monastery at Ano Pedina, Church of the Holy Trinity in Negades, St.Nicholas in Tsepelovo, St. Vlassios in Meg. Papigo, Monastery of Rogow, Monastery of St. paraskevi at Monodendri, Monastery of Spileotissa in Voidomatis and others.

Being the heart of the Vikos-Aoos National Park, Vikos Gorge is the largest and most picturesque of the gorges in Zagori. The Vikos Gorge gathers the waters of many small rivers which end up in the Voidomatis River, flowing through the gorge. The Vikos Gorge, 990 meters deep, is one of the deepest in the world, in fact the deepest in proportion to its width. Vikos Gorge is also a site of great scientific interest, because it is almost virgin and is a paradise for endangered species and contains many and varied ecosystems. The gorge is water-borne stretching over a length of 12 kilometers and has been recorded in the Guinness Book as the world’s smallest gorge, with depths of more than 1,000 meters,it being the deepest gorge of the planet.