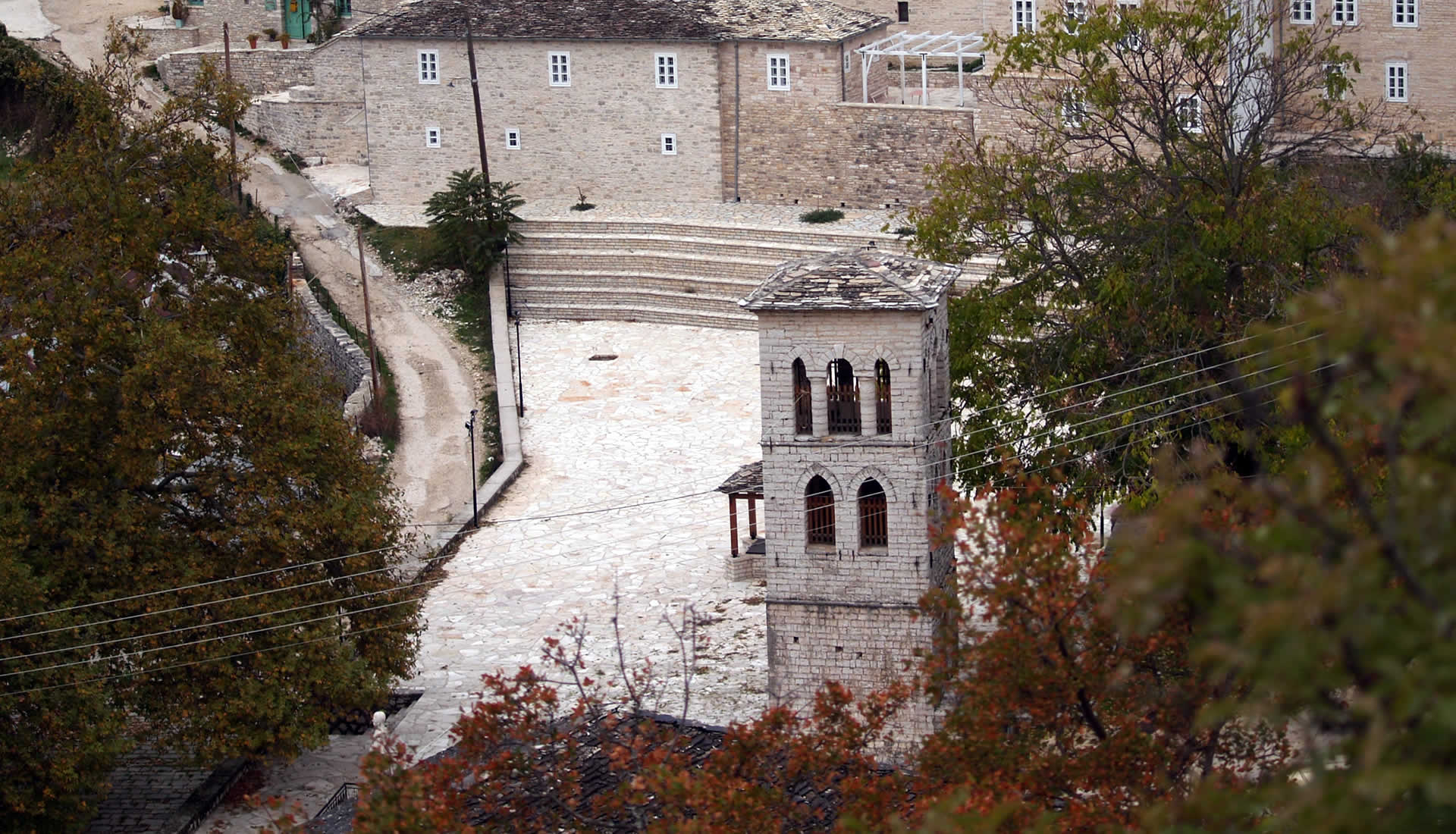 Ano Pedina (or Pano Sudena) is one of the villages called Zagorochoria, which are scattered at the foot of mountain Pindos, on the southwestern slopes of the mountain Tymphi and north of the mountainMitsikeli. It is built around a central square, with a large church, a plane tree and cobbled streets and paths connecting the rest of the village.

The Evangelistrias Monastery, which since 1972, has been characterized as a listed Byzantine monument. The monastery has a fortress view, with high walls on the north-eastern side and cells in the southwest. We do not know exactly when it was founded; however, in the covenant of the benefactors Paschalis from Kapesovo,  Evangelistria is called “Palaioros”, that is, an old monastery. It was recorded in 1809 with the donation of Christodoulos Marinos and his wife. This donor is depicted in the temple next to the relevant inscription.

The Agia Paraskevi Monastery, the main church of which is a three-aisled basilica with a dome and islocated 1 km from Ano Pedina.

The temple of Agios Dimitrios is a three-aisled basilica and was built in 1793. The wood-carved iconostasis, the episcopal throne and the pulpit of the temple date back to the 19th  century while 17th-19th century icons are preserved.

The chapel of Agios Georgios, built in the 18thcentury with a wood-carved icon screen.

The old primary school, opposite the central square of the village, where books were stored which wereprinted in the great printing houses of Europe (Venice, Trieste, Odessa, Leipzig, etc.) at the time of the Neophyte Doukas, during the period of Modern Greek Enlightenment.

They are typical examples of local architecture.

The Nation’s teacher and a participant in what is called Hellenic Enlightenment, national benefactor, clergyman and scholar, Neophytos Doukas (1760-1845). He was born in Ano Pedina and lived in the  Evangelistrias Monastery from the age of 10 untilhe turned 18.

Ioannis Lambriadis (or Dallas) 1810-1889, was born in Ano Pedina, but lived in Braille, Romania (Wallachia) where he was a timber trader and acquired considerable wealth. He donated money to be establish in his homeland the Girls’ School, while in his will he decidedthat a weaving school be established in his hometown for Poor Girls of Zagori.

Ioannis Lambridis (1839-1891), medical philosopher, donor of the University of Athens and scholar of Epirus’ culture.

The Grand Master of the NationSaint Kosmas Aetolos (Patrokosmas) also paid a visit once to Ano Pedina. Wearing the plain and clean-cut robe of the Order of the Basilians and holding a stick in his hand, he began his difficult course. During his Second Tour (1763-1773) he visited Zagorohoria, where he succeeded to make them stop using the Vlachlanguage and use the Greek language. On August 24th and 25th, a festivalwas held in Ano Pedina, for the feast of Saint Kosmas Aetolos.